A Family Church Where The Spirit Of God Is Alive And The Anointing Makes The Difference.

A Family Church Where The Spirit Of God Is Alive And The Anointing Makes The Difference.

We are a Ministry that caters to the Body of Christ. Since the foundation of our Ministry, it has been our mission to save souls and invite our community to experience the Freedom of Life with Christ.

This church started back in the late 1920s or early 1930s and it was originally called the Branch Church of North 7th Street Church of God in Christ, (COGIC), under the pastorage of Elder Davis. At his demise, Elder Sherman Gee took over the leadership as Pastor, before being passed to Elder Ira Thomas, Sr., in 1953. Pastor Ira Thomas Sr., known to all as Papa Ira served for 18 years from 1953 to 1971. After Elder Ira Thomas took over, he moved the church to 1108 Jefferson Street where the church was renamed First Pentecostal Church of God in Christ. When he transitioned to be with the Lord, Pastor Ira’s youngest son, along with his wife, Bishop and Evangelist A. La Dell and Elnora Thomas, Sr., took the helm. Bishop LaDell took the baton of leadership where his father left and consolidated the two churches. The church grew with leaps and bounds and in 1982, Bishop Thomas felt the leading of the Lord to expand and he moved the church to 1020 East Waco Drive, where the name of the church became Pentecostal Cathedral of Faith COGIC. Bishop Thomas was known all across this country. He worked in the community as well as in the church. As with his father, he lead with the charisma, determination, being strong-willed and fortitude embraced by love, joy, peace, longsuffering, gentleness, goodness, meekness, temperance, and faith.

In 1994, Bishop Thomas, by the divine intervention of God, passed the baton to his youngest son and his wife, Superintendent and Evangelist Richard Lee and Lillian Thomas, Sr. Under Supt. Richard Thomas, the church changed locations again and the name changed to Life Cathedral Worship Center (LCWC) Church of God in Christ. The church, as with his grandfather and father, has continued to grow with leaps and bounds. Pastor Richard and Lady Lillian Thomas continues to keep the legacy that was set before them, with this church being one of the largest memberships in the Central Texas Area. Lady Lillian is sought out as an ardent evangelist and has shared the word of God all over the nation. She is loved and highly respected by her church members and other Pastors’ wives in and out of the city. Superintendent Richard is an aggressor against Satan, and an apostle of the unadulterated truth. Like his grandfather and father, he is strong-willed to succeed and known across the country as the preaching machine. You may catch him Wednesday evenings and Sunday mornings on media outlets, including Facebook, Utube, and a Live Radio Broadcast on 94.5 The Beat radio station.

Today, LCWC is still striving, with many ministries being added to meet the needs of the “total man,” including but not limited to starting a Children’s Ministry, Praise Dancer Team, Brotherhood, Daughters of Devine Favor, Music Ministry, Mine Ministry, Missionaries/Mission, Culinary Arts, Mothers of Zion, Ushers, Greeters, Fine Arts, Couples and Singles’ Ministries, along with Spiritual and Professional Counseling. The We Feed Too Ministry, serving over 1200 people in the community, with a free meal each day Monday thru Thursday, was also birthed under the leadership of Supt. Richard and Lady Lillian. Most recently, during this time of national pandemic, LCWC has begun to host “Life on the Lot,” once a month. “Life on the Lot” is an outdoor event, consistent of a musical, along with being a food and clothing giveaway.

Supt. Richard and Lady Lillian strongly stand on the scripture of Isaiah 54:17

No weapon that is formed against thee shall prosper; and every tongue that shall rise against thee in judgment thou shalt condemn. This is the heritage of the servants of the LORD, and their righteousness is of me, saith the LORD. 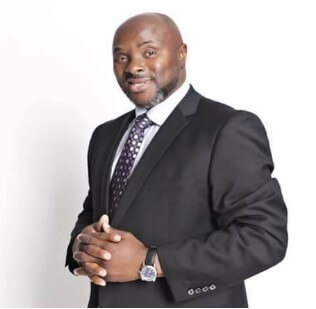 Superintendent Thomas is a dynamic preacher who has been proclaiming the Gospel of Jesus Christ with passion and dedication since 1988. He currently serves as the proud Pastor of Life Cathedral Worship Center C.O.G.I.C. in Waco, Texas. Supt. Richard L. Thomas, Sr., embraces the unique responsibility of being the shepherd of Life Cathedral Worship Center COGIC, and has been pastoring since 1996. His compassion for the People of God allows him to serve as overseer in this spirit filled Ministry, demonstrating to mankind the power he/she encompasses through Jesus Christ, as he effectively shares God’s Word. Supt. Richard L. Thomas, Sr., is known for his practical and motivational teaching style, which helps people apply the timeless truths of Scripture to their everyday lives.

He has been faithfully and graciously married to Lillian since 1984, who serves by his side in ministry. They have four beautiful children and six amazing grandchildren, with one deceased.

Supt. Richard L. Thomas, Sr., was groomed in the ministry under the tutelage of both his natural and spiritual father while serving as Assistant Pastor of Pentecostal Cathedral of Faith C.O.G.I.C. He’s grateful for his parents, the late Bishop Arthur LaDell Thomas, Sr., &. Missionary Elnora Massey Thomas. Supt. Richard L. Thomas has served on the administrative cabinet for Texas Southeast II Ecclesiastical Jurisdiction under the leadership of Bishop A. LaDell Thomas, Jr. He also has studied at Texas Southern University, Paul Quinn College and Rockdale Bible Institute.

Supt. Richard L. Thomas, Sr.’s anointing has allowed him to minister to those in need of healing of the mind, body, and soul. With such a great calling to fulfill, he values the importance of spending time studying God’s word, as well as teaching the word of God. His ultimate desire is to see people fully embrace God’s love and to walk in victory and power while experiencing the fullness of God’s promises. He invites you to experience the Ministry of Life Cathedral Worship Center and all the wonderful opportunities Christ has in store for you.

The scripture in which Supt. Richard Thomas, Sr., firmly stands upon is Isaiah 54:17, reading: “No weapon that is formed against thee shall prosper; and every tongue that shall rise against thee in judgment thou shalt condemn. This is the heritage of the servants of the LORD, and their righteousness is of me, saith the LORD.” 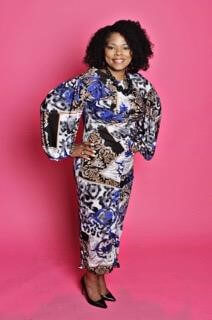 Evangelist Lillian Thomas is a visionary, psalmist, prayer warrior, speaker, and mentor. Married since 1984, she serves alongside her husband, Superintendent Richard L. Thomas, Sr. Evangelist Thomas serves as executive director over women’s ministry at Life Cathedral Worship Center, where she supervises a diverse ministry of women. She believes in the investment of time, resources, and the word of God for the advancement of women in the Kingdom of God.

As a woman committed to challenging and nurturing women, Evangelist Lillian Thomas formed and established Knitted as O.N.E. At the initial gathering, the organization had over 20 First Ladies come together to minister to the community of Waco, TX. Committed to the betterment of the community, Knitted as O.N.E. made an impact through praying for and sharing the word of God with those who were addicted to drugs, homeless, jobless, and divorced.

With a heart of compassion for the people living in impoverished neighborhoods in the city of Waco, TX, and surrounding communities, Evangelist Lillian Thomas was moved to start a 501(c) (3) nonprofit, called Radiant Lily. Radiant Lily’s mission is to enhance social etiquette in underprivileged communities through outreach, events, programs, and training.

Evangelist Thomas is also gifted with the ability to write as she has co-authored “Behind Her Brand, Christian Edition.” She passionately expresses her relationship with God as a woman, who overcame life’s difficulties. She was featured on the May 2019 cover of “Women In Ministry” Magazine by Elizabeth Hooper.